Home » Are Metallics Making a Comeback In 2022?
HANDBAG DEALS

Are Metallics Making a Comeback In 2022?


The year was 2006. Pluto was downgraded from planet status to dwarf-planet, Lindsay Lohan and Paris Hilton got into a *very* public catfight, and I was still an over-grown toddler running around, possibly without pants.

It was also the year Janet Jackson was spotted with a shining gold Louis Vuitton Voyager Alma – dazzling onlookers and tabloid-readers alike with the luminous intensity of her purse and her smile. In the span of just a few days, “it” celebrity-and-personal-assistant-turned-friends-and-later-frenemies duo, Paris Hilton and Kim Kardashian were spotted together with gold and silver iterations of the iconic bag, sending the brand’s Monogram Miroir line flying off the shelves, and fans in a frenzy to pair the hot purses with the season’s latest velour tracksuits.

Thankfully, we’ve moved forward from those times, and even though monograms and 90s/00s silhouettes are all the rage, that level of maximalism is rarely ever seen nowadays. But one (that one being me) can’t help but think, what could possibly be the appeal of carrying a shiny metallic purse?

This question perhaps hits at the root of the whole why-buy-luxury argument: as purse-lovers, how often really do we find a bag that can take us everywhere? If we’re being sincere, probably not as often as we’d like. Maybe hauling that tote with its truckload of “just in case” miscellany does get a bit too comfortable at times. But if you’re anything like me, you balk at the idea of having to sort and clean. It’s just so much easier to grab your wallet and phone for running smaller errands.

Of course, the Classic Chanel Jumbo Flap or the Lady Dior is elegant and timeless and gives us a pretty good idea of how versatile a designer handbag should be. But is it still a great match with that sequined skirt you’ve planned for New Year’s Eve? Unlikely. On the other hand, as much as we’d all love to be Carrie Bradshaws, your dreamily whimsical sequin Baguette isn’t exactly workplace material either. 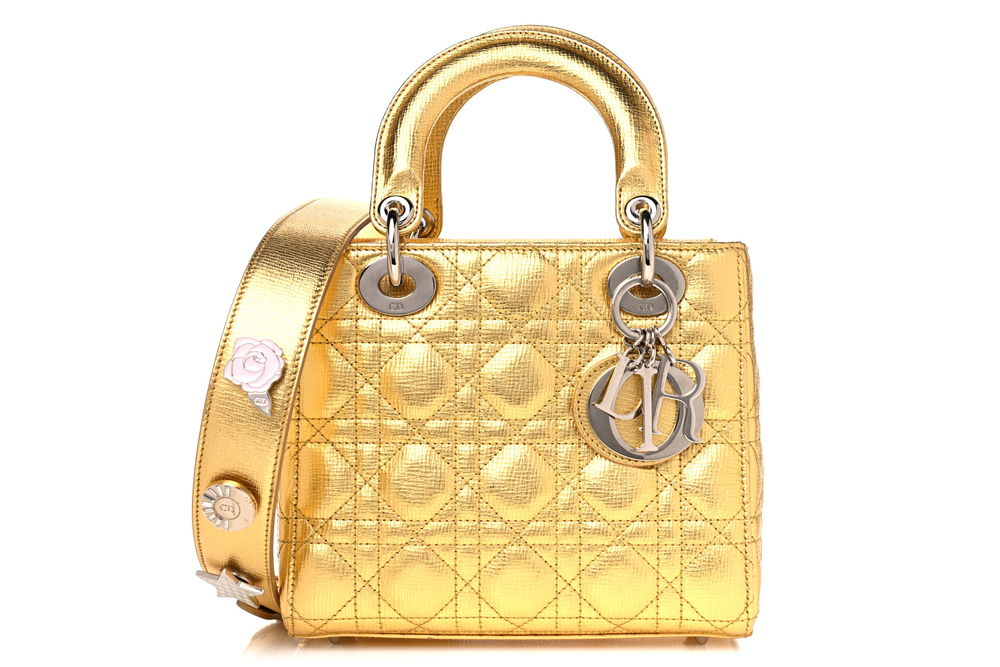 It’s clear, therefore, that the “one bag fits all” mantra we’ve been trying to achieve has remained pretty elusive thus far. And this brings with it the ramification that we might not be getting as much cost-per-wear as we would prefer from our expensive purchases. There are situations where even a Birkin or a Kelly could seem out-of-place, and when the Holy Trinity of handbags fail to provide the maximum cost-per-wear, the situation seems bleak indeed. 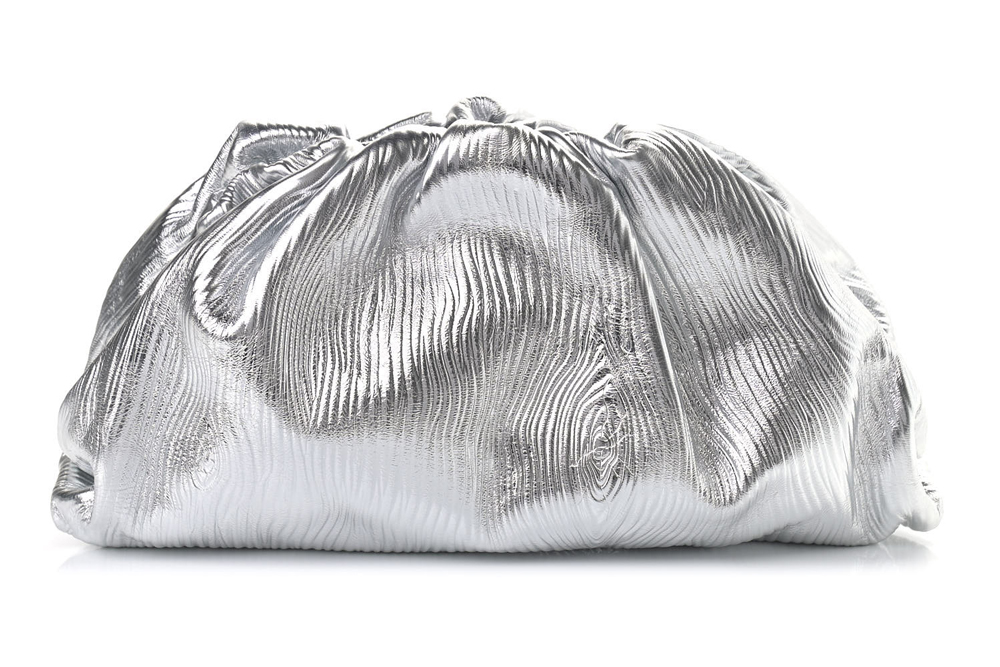 And this is the point where taking a few pointers from the Kardashians couldn’t hurt. I mean, look at the lady’s style evolution – we were bound to start following at some point, right? But not too much, though; just the concept of a metallic purse would suffice. More specifically, a metallic purse in a versatile shade that’ll take you from day to night without the usual hesitations you might have when carrying your work bag to the happy hour. And the best part is that the metallics of today aren’t limited to shiny Space Odyssey-style ones that doubled as your make-up mirror. In fact, there are plenty of low-key and versatile options starting from bronze, copper, and pewter to the more vibrant reds, hot pinks, or turquoises. But as you might guess, gold and silver remain fan-favorites, and in various shades too, ranging from bright gold to pale gold, champagne, rose gold, antique gold, and more. And the best part about a metallic purse is that it shines (literally!) without making you seem like a walking billboard. So you can rock it equally well with a tux or a cocktail dress!

Another advantage metallics confer is that they’re available in hordes of different materials, from nylon, fabric, and PVC to pebbled and patent leathers – depending on your convenience, affordability, and preferences. So, while some might argue that shiny purses don’t provide the luxe leathery feel that a more “classic” handbag would provide, think again….while browsing this mini lambskin Balenciaga in gold! 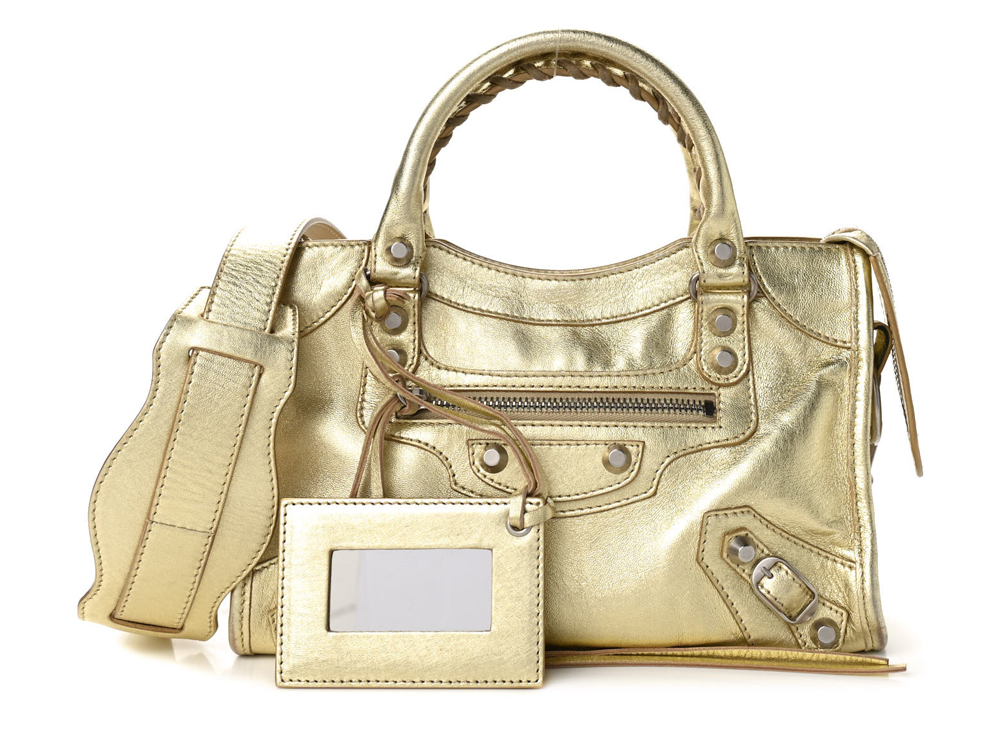 But I’ll admit, I was a skeptic towards metallics myself. Maybe it was the preconceived notion that it would be too bling, or the fact that it didn’t feel as timeless or versatile as my trusty saddle PS1 (although, perhaps ironically, PS is known for making some of the best metallics of the present day!), that put up an invisible barrier in my mind against considering shiny bags in the first place.

However, one fine day, while on a routine scroll across various resellers, I came across a Burberry medium Rucksack in a metallic silver satin-like finish on Depop. Purchased from a sample sale, it was entirely new, with the house’s dust bag and tags, save for just one defect – its buckle seems to have been attached wrong somehow, so the flap closure didn’t work, the drawstring inside being its only securing mechanism.

Now, although it was priced very (and I mean VERY) lucratively, I didn’t instantly jump on it for many reasons. Firstly, the skewed closing mechanism meant that it wouldn’t be as functional as the line generally is popular for. Secondly, I couldn’t return it if things headed south – you might recall the complex and lengthy logistics of shipping anything to my country. So, by the time I’d have received it, I’d be more likely to forget I had even purchased it. It was also the medium size, i.e. not large enough to haul a laptop. But most importantly, it was an unmistakably shiny silver – a relatively tough pill to swallow if all you’ve owned is tan and are on the lookout for black.

But I did a bit (read: a lot) of research, both into the pros and cons of metallics as well as of the Burberry Rucksack itself (remember I was fangirling about the style a little while ago? Yeah, I’d just come across it then), and even contacted a few friends in case drastic repairs were necessary – and ultimately felt confident enough to proceed with the purchase. 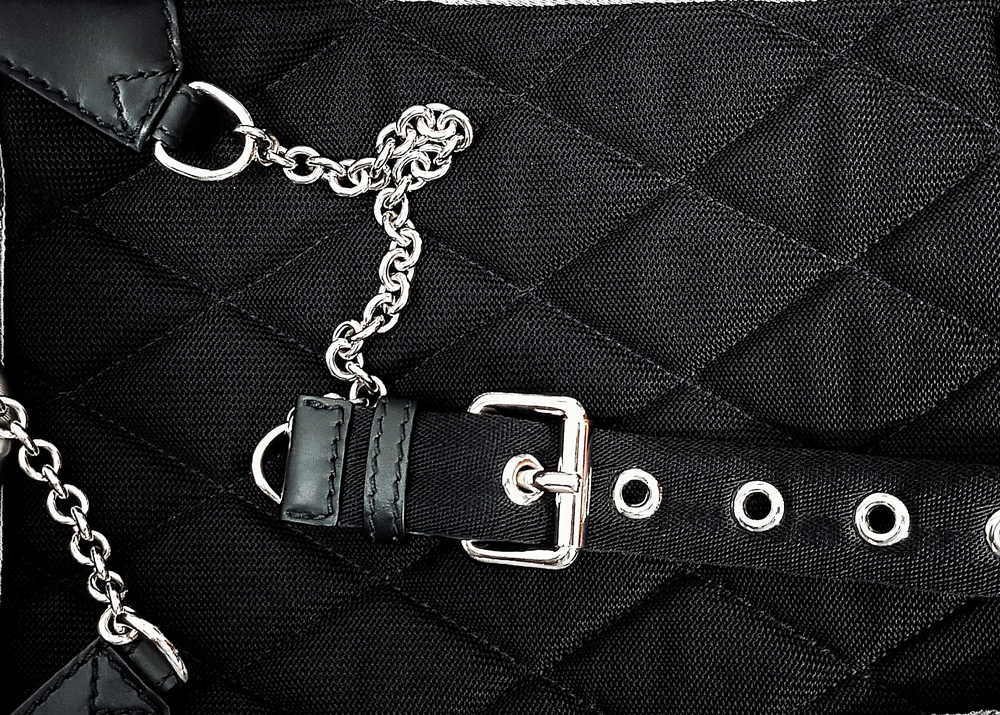 The quilting is divine!

Fast-forward a month or so, and when it finally arrived at my doorstep, I was instantly smitten. The satin-like fabric seemed a lot more luxe than the usual nylon, but durable nonetheless (I think), the quilting on the back, the silver chain strap – everything was pristine and perfect. But something seemed off with the attachment – obviously, I knew what I was getting into – but it wasn’t that. One of the buckles was clipped onto the push buttons the wrong way…and inside the zipped pocket, there was the other buckle! In one swift (and breathlessly feverish) moment, both the buckles attached perfectly in place and the Rucksack was complete, that too at 1/400th of its price! 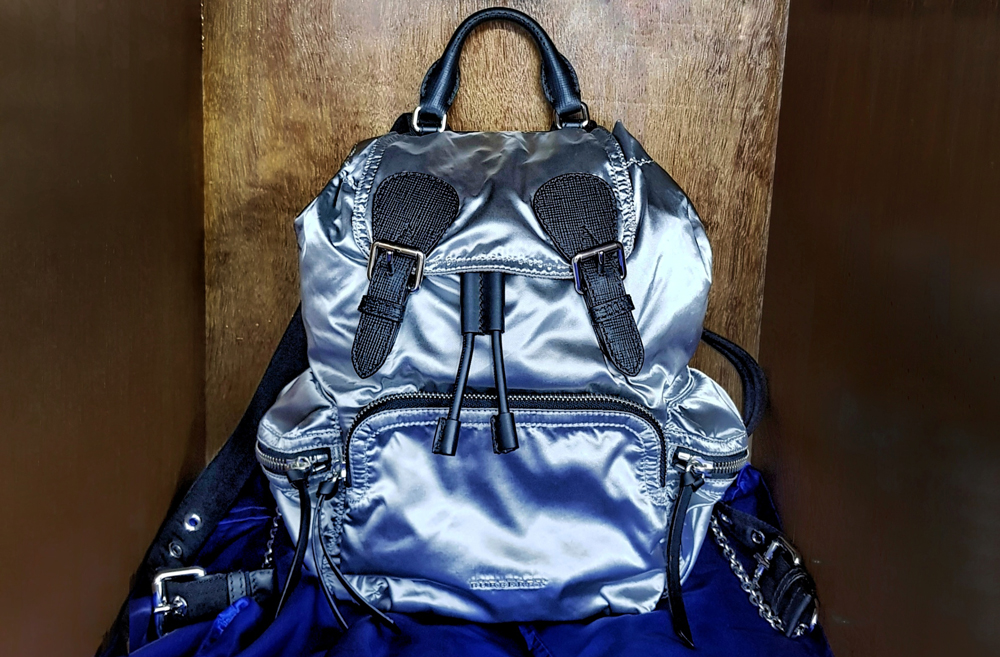 So that is how I became enamored with metallics. Does it mean that I don’t love the classic black and brown anymore? Of course not; my appreciation for them (especially the black SDJ I covet) remains undying. However, this unconventional metallic backpack of mine feels just like how Vogue UK correspondent Roberta Lister describes, “It’s also important to consider the protective appeal of a jolt of silver. A mirror-shine bag can feel like a flash of armor, powering you through the day – something that now, in particular, feels wholly appealing.”

So, Happy New Year! May the power of metallics be with you!

The Top 5 Most Overrated and Underrated Hermès Leathers

Stars End 2021 With Bags from Chanel, Balenciaga and Tods